skip to main | skip to sidebar

Back in 1995, the Music on KK weekly concert series began an annual tradition:  The Music on KK Thanksgiving Show.   We featured various traditional, secular, sacred, and some just plain fun music and readings appropriate for the Thanksgiving season.  At the time, merchants were all trying to out-shout one another, and move their Black Friday shopping event first to Thursday, then to Wednesday, and finally to meaninglessness.  Thanksgiving was left behind as shoppers stampeded to the shopping centers, so our Thanksgiving show was for the rest of you.

And, now we have the "cancel-everything and hide at home" era.  Well, we made this 12-minute mini-variety show as a way of saying "Hello, in there!  Happy Thanksgiving".

Thanks to Joyce, Fred, and Tiara for all their devoted hard work.  And thanks to Norm Lorenz for his priceless production advice. And thank you to all of our listeners - that's you!

Play Music on the Porch Day

... so the Bay View Compass has always been a reliable guide on the goings-on in the imaginary village of Bay View,  Wisconsin.  And in the August 2020 issue, the front page featured an article about Play Music on Your Porch Day.  This August 29, 2020 event involved playing music on your front porch instead of the other things people are doing nowadays, so it sounded like a good idea to me.  We had music, and we sort of had a porch out in front of the studio, and we gave it a go.
With the help of Joyce (my wife), and Tiara Lukiesh, (one of my piano students), we put together a fun one-hour program of music, a little of everything - Beethoven, Baby Boomer favorites, Beatles, jazz, tangos, polkas and of course some of our favorite Basement Music. The video below is a sampling of our experience.  We had fun, got lots of good honks and thumbs up from passing cars, and even some villagers standing around having fun with us. The people on the Harleys couldn't hear us, but their contributions added a certain Milwaukee authenticity to the proceedings. Enjoy!
at 4:40 PM No comments:

This song reminds me of all the late summers of days past.  Memories where the sun is always shining.  Coming of age in the turbulent late 1960s, my most vivid memory of this song is a sun-filled Saturday afternoon, our church youth group was meeting recreationally at a nearby Wisconsin state park.  We gathered into groups of about five or six, and crammed into the cars of the youth leaders.  Looking back, I later realized that these "adult role models" we looked on as leaders were actually only two or three years older than us.  So, we all had a lot in common.  I remember careening down country roads with all the windows open, and I'm pretty sure we were a bit above the speed limit.  And cranked up on the most powerful car radio I had ever heard, were the Beatles, singing "Hey Jude".   Na Na Na Na-Na-Na-Na, Na-Na-Na-Na  Hey Jude!
Meanwhile back here  in the 21st Century, fifty-some years later, the Beatles remain as a primary musical influence of young people.  It was a most pleasant surprise to discover that one of my piano students had not only become familiar with the Beatles heritage, but had also been playing saxophone since high school.  How fortuitous!  Thanks, Tiara! And Joyce, my beloved wife, who just loves the Beatles (this is either an exaggeration or a dog-gone lie.) took up the tambourine to give us that 1960s vibe.  Far Out!
at 4:29 PM No comments:


Here's a song from 1971 written in all sincerity by Bruce Johnson, who was simply weary of the "New Normal" of the late sixties. You know, the endless violent protests for peace, the militant and violent and  unreasonably demanding mobs, the destruction of patriotic symbols and institutions. You know . . . the New Normal of 1970.

I dutifully follow all the demands of the current New Fascists, who are oh so attentive to my "needs". "You NEED to put on your face mask"  "You NEED to use the drive-in bank, because the lobby is only open by appointment"  "Wear a mask"  "Don't wear a mask"  "You need to wait outside" "Religious meetings are cancelled" "All fun is cancelled" "We're all in this together, but we hate you for your wrong opinions".

So, with Bruce Johnson, and with anyone else who has had enough:  Let's escape for a few momentse to a world much more simple, a world of joy and love.  I'm sure that the millennials will still be here, to see to our "Needs" when we get back.

Here's a haunting tango from Argentinian composer Astor Piazzola. The tango is still  an essential part of Argentina life, both as a dance, and an imbuement of reverence.

"There's a saying that tango is a 'sad thought danced.' But that's only part of it. It's touching the sadness in you, the pain, yes--but also the joy, the humor, the everything life has. It's touching everything.”― Jennifer Vandever

This video started out as a chord exercise in one of our piano lessons, but Miss T did so well on it, I couldn't resist the possibility of performing it on accordion with her on piano.  Appreciate her help and cooperation in making this video possible.  Can you believe she's been studying piano for less than a year?

Weary at heart, back where you started from . . .

The "New Normal" restrictions on our mobility have led to a certain amount discovery.  Confined to places and things overly familiar are suddenly re-discovered -- an old box of things we packed away in the back of our closet, some things in our computer that we started writing years ago -- things we never before had time for, and now time we have...

Perhaps not everything is "out there".  Plenty of things we can discover and develop, both in ourselves, and in those close to us. Entire undiscovered continents in some cases.

So, here's a song about that sort of thing from 1928 made popular by Al Jolson, and recorded by others as well, including Vera Lynn, Billie Holiday, Bing Crosby, Frank Sinatra, Peggy Lee, and countless others.

Vera Lynn was the voice of home to the soldiers in the British Armed Forces.  Hers was the voice singing the songs in their frightened hearts as, even though they suspected otherwise, they bravely told the folks at home, "Don't worry about me while I'm gone; I'll be back soon."  Vera was the mother, the sister, the girl you left behind when you went to war. British soldiers won the war for Vera Lynn! Her voice was a constant on the British airwaves' broadcasts to the troops at war. Hers was the voice of the soul of the free world.  Her song "We'll Meet Again" was the best known of the many songs that describes what is worth fighting and dying for.

Special guest on today's video, my friend since first grade, Norm Lorenz.  We performed together under many different circumstances, from bars and dance halls in a polka band, to old folks homes as the Pay As You Go band.  And now, two old codgers are trying to figure out the technology of how we can both sing together even though we can't be together.  We don't have no steenking Zoom. Lookin' good, Norm! 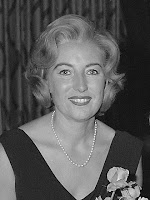